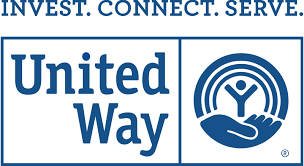 Update 5/6/19: The United Way invited me to speak with CEO Jamie Saunders and the Systems Integration Project Director. I had taken the application at face value, and they are correct that I should have spoken with them before publishing this piece. They had concerns about the tone of the post and several assertions. They walked me through a PowerPoint presentation on the SIP, which provided some history and context.

First, the United Way will serve as the fiduciary for the SIP. It will not own the dashboard or access the data, according to Saunders. Who will own the system? That’s still being worked out, as part of work on the data governance model. The SIP is its own entity for the duration of the five-year project. The arrangement is similar to RMAPI, which is not an agency, but operates under a collective impact model. I think United Way is threading the needle, because it has to apply for all grant money and has significant fiduciary responsibility on both RMAPI and SIP.

Second, Saunders took issue with calling the companies hired to build the system “consultants.” She said they are “vendors.”

Third, Saunders said this isn’t a Big Data project. I strongly disagree. This is the definition of a Big Data project, which Google describes as “extremely large data sets that may be analyzed computationally to reveal patterns, trends, and associations, especially relating to human behavior and interactions.”

Fourth, the United Way has been acting as the convener on this project for two years. There are three staffers. A couple dozen organizations have been working on the SIP, including nonprofits and governmental agencies. Saunders said the United Way is a “neutral” agency that is able to secure “neutral dollars” to bring various entitites together to make the SIP work. The SIP was far enough along in the planning stages to apply for the $15 million state grant.

Fifth, there will be 300 entities using the dashboard, but all may not be what we think of as “nonprofits.” They’ll include schools, health care providers and more.

Saunders asked me not to post the PowerPoint presentation about the SIP online, as the project could evolve and change. On the one hand, Saunders said the SIP has gotten significant community input. But on the other hand, the project is being done behind closed doors.

I described the project accurately. The SIP will be a dashboard with information about thousands of people. It will have the potential to serve people more effectively and efficiently. But fundamental concerns about the SIP remain. In fact, Saunders added to my concerms about accountability and transparency. It’s great to know everyone involved in the SIP knows they have to address these concerns or the whole thing won’t work. It’s unfortunate they don’t want to do that publicly.

The United Way is about to undertake an $18.7 million, five-year Big Data project to help people escape poverty. I obtained the successful application for $15 million in state funding from Empire State Development through an open records request.

Called Systems Integration Project (SIP), the goal is to prevent individuals and families from falling through the cracks in a system that lacks a holistic way to assess their needs. The United Way describes a “constant struggle to coordinate and deliver interventions that bridge institutions and sectors…At each front door, whether a school, emergency department, library, supportive housing provider or workplace, children and families are presented with unique and incomplete sets of solutions to improve their wellbeing.”

The system would have a “digital dashboard” that tracks 150,000 individuals and families and 300 service providers. It would track referrals and workflows. It would identify inaction and inefficiencies. The project would help nonprofits get up to date technology. The goal of the SIP is to “provide core digital infrastructure necessary to realize a pathway to prosperity.”

There would be nine full-time staff people, including a project director earning a $105,000 salary.

I shared the application with several people: a tech industry expert, a nonprofit leader and an anti-poverty activist. They all have extensive experience in the nonprofit sector and cannot speak on the record because of ties to the United Way and reliance on funding. Here are their concerns after reading the SIP application:

Capacity: The United Way admits in the application it would have to hire consultants to do much of the work. Only two of the nine staffers would come from the information technology industry. The tech industry expert believes the SIP would permanently require an expensive contract to maintain and update. This person also has concerns about privacy and data breaches. All three people we spoke with said nonprofits could benefit from better data management and technology, but staff would have to be trained.

Transparency: The United Way is a private organization. While it would have to issue reports to the state throughout the grant administration process, the public wouldn’t have a right to policies, procedures and performance reports. The application states a commitment to transparency and community engagement. But the United Way is simply not accountable to the public as is a government agency.

Privacy: If 300 agencies and their staffs have access to data on 150,000 individuals and families, it is easy to see how this data could be grossly misused and abused. The application says there will be policies regarding consent and the development of a data governance model. There would likely be people who don’t want to opt into this program.

Accuracy: A lot of nonprofits solve people’s problems collaboratively or “off the books.” If a woman arrives at an agency needing a security deposit, a social worker may reach out to contacts at other agencies to raise emergency funds for the woman. The social workers may give her a ride to the bank and the rental office, stopping at the grocery store on the way. The nonprofit leader said, “You cannot put into a dashboard everything we do to help people and the collaborations.”

Respect: The nonprofit leader said the dashboard, “Ignores the intelligence and resiliency of people. We assume the poor don’t know what services they’re getting or can’t articulate the services they’re being provided, and therefore they don’t have the capacity to navigate the system.” This person said caseworkers already get detailed histories from clients.

Mission: The nonprofit leader said we already have a ton of services for people in crisis. The problem is we don’t have services to help people before they fall through the cracks, the people who are one crisis away from losing their houses, cars and jobs. This leader noted, “They could divide the money and it would equal $60,000 per agency.” That’s enough for a full-time staffer with benefits. That’s enough for a housing agency to issue thousands of rental subsidies. That’s enough to buy cars for hundreds of families without transportation.

The longtime anti-poverty activist pointed out the application says the project won’t be used to “drive sector-specific initiatives, but instead to create transparency, trust and solutions that can be commonly applied.” This person said, “Why not identify unmet needs? This initiative repeats the old head in sand posture. Nothing is learned.”

The activist added, “I don’t know if there has been a problem with programs not meeting their numbers of applicants. No idea. If this is indeed the case, then getting more bodies into the programs through better intake coordination could actually lead to more people putting their nose above water. But if it isn’t the case, then it’s just creating a case for the next grant request, in which non profits report they had more applicants than they could possibly serve – so give us more money.”

The nonprofit leader said, “(The dashboard) may show inefficiency and ineffectiveness. It may show that people are getting services and not seeing the outcomes of getting people out of poverty. The system is almost intentionally designed to keep people relying on those services. And they they’ll ask for another $20 million to fix the services!”

Incentives and Use of Data: Getting 300 nonprofits to sign onto this project could be difficult. One issue is that nonprofits dependent on certain funding models don’t have an incentive to refer someone to another agency. Another issue is accountability. What if the dashboard shows there are too many nonprofits providing emergency food? Who decides which agencies should shut down or consolidate? What if politically-connected nonprofits get a pass, while others are pressured to downsize or close? What if the United Way uses this dashboard to make funding decisions? Will nonprofits try to fudge their numbers as a result? There could be major integrity problems with the data and use of the SIP.

Track Record: The United Way is the fiduciary for the Rochester Monroe Anti-Poverty Initiative, which has produced very little in the way of measurable success in the last four years.

The SIP will take five years to implement and design. The United Way will likely have to confront these concerns every step of the way. One thing seems clear: the United Way, already a powerful agency in Rochester, will get even more powerful with Big Data on its side.