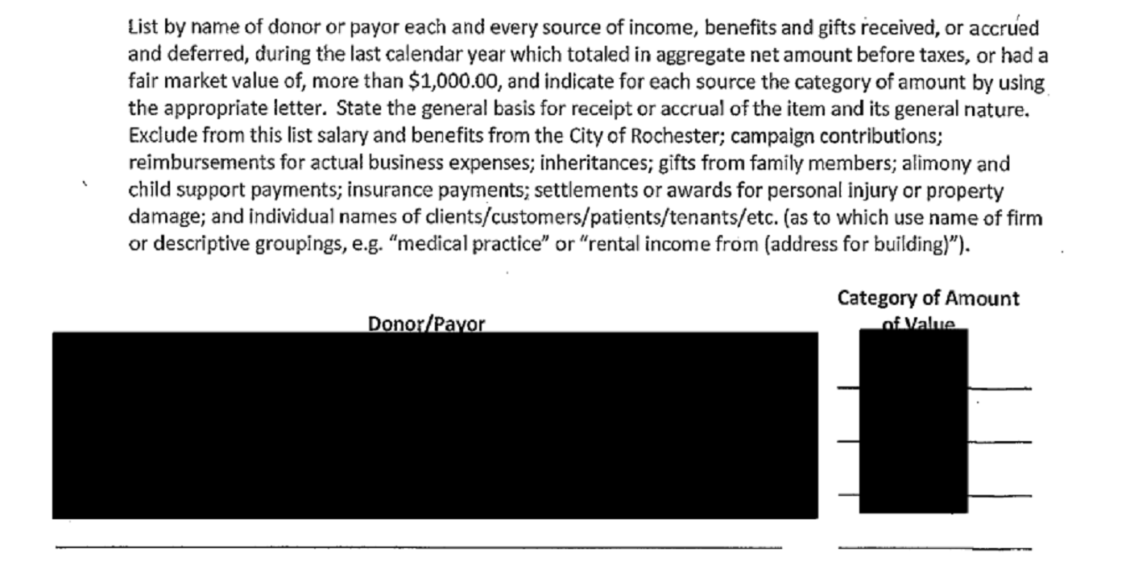 The City of Rochester denied our appeal for the sources of outside income for elected officials and the deputy mayor. The sources of income were redacted for many officials on the annual financial disclosure forms we obtained through open records.

The city claimed revealing the sources of outside income would “constitute an unwarranted invasion of personal privacy.” The city’s position is the public is only entitled to know if officials are paid by an entity doing business with the city.

Robert Freeman, the director of the Committee on Open Government, disagrees with the city’s position.

“The sources of income may be significant, not only if there’s actual conflict, but the appearance of conflict,” Freeman said. If an official has income from a company, “(Sources of income) may color a person’s point of view. That makes the source of the assets relevant even if the company involved does not do business with the city today.”

Governments are allowed to redact information that is an unwarranted invasion of privacy. But Freeman noted, “There are any number of judicial decisions that public employees have less privacy than anyone else. Why? Because we are more accountable.”

Freeman also pointed to Rochester’s City Charter, which states the city can withhold the amounts of the income, but it says nothing about withholding the source.

This is the first year city officials have had to disclose all sources of outside income.