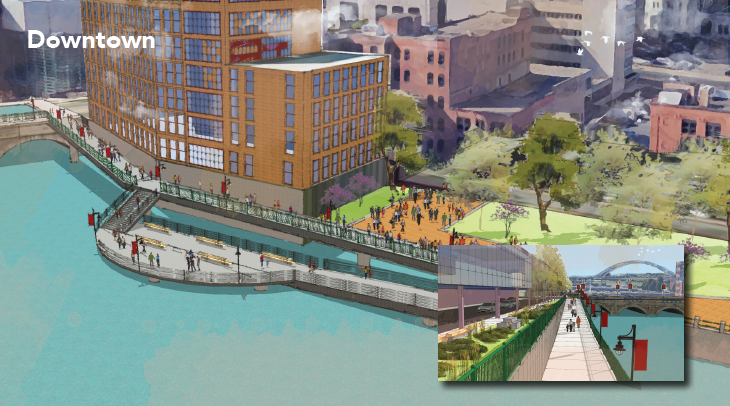 Governor Andrew Cuomo came to Rochester to announce $50 million for our ROC the Riverway initiative. This is a series of infrastructure projects designed to enhance, preserve and beautify the riverfront in an effort to revitalize downtown.

We obtained a document dated December 1, 2017 that pitches the project to the state. The document lists $500 million over several phases lasting 10 years.

As you can see $50 million won’t go very far. The governor funded 10 percent of what the city wants. While $50 million is a lot of money, it equals how much more Rochester gives its schools every year than Buffalo. Rochester also gets $200 less per capita than Buffalo. Fifty million dollars doesn’t even begin to make us whole.

Furthermore, that $50 million covers less than half of the city’s first phase of projects.

The good news is the city is developing a comprehensive plan to address some of its pressing infrastructure needs, such as the arena and convention center. Creating an advisory board indicates a willingness to accept public opinion and be transparent.

Some of these projects are exciting. Funding may come incrementally. But for now, we should temper our enthusiasm, because there’s a long, long way to go.

This is what the city envisions for all phases:

Link to the River $8 million

Arena on the River $37 million

Over the Falls Bridge $28 million

TOTAL FOR ALL PROJECTS $500