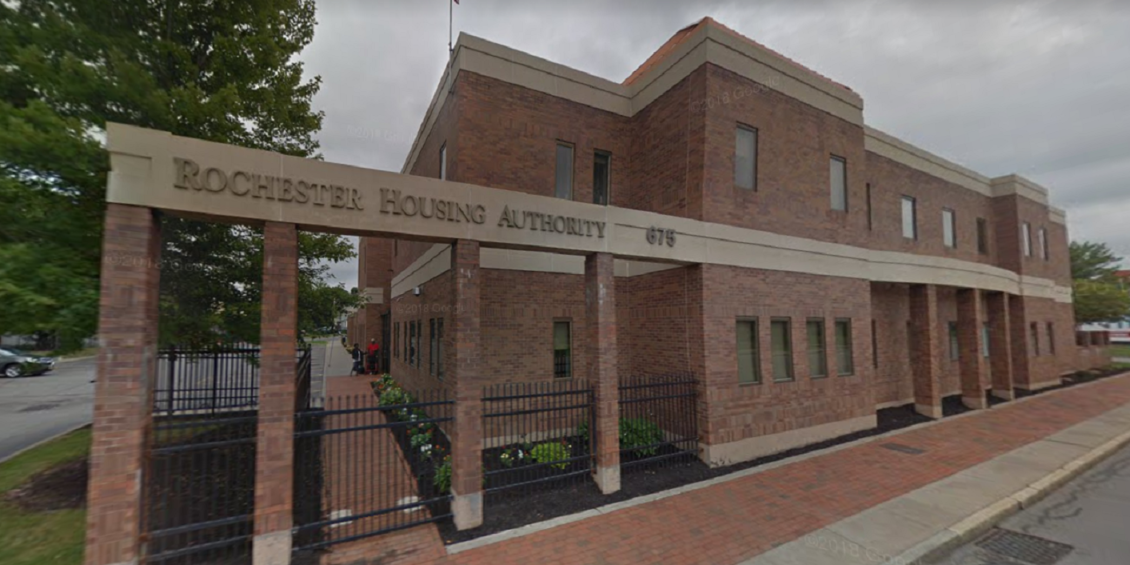 We began asking questions because an RHA employee gave us a copy of the Capital Connections Partners contract. The worker said staff wondered who was behind this company and what work the company performed.

That contract was later revealed to be a way to secretly pay City Counilman Adam McFadden’s company, which was a subcontractor.

The criminal complaint against George Moses, chairman of the RHA, alleges he made false statements to the FBI regarding the McFadden deal.

The complaint also alleges Moses and another member of the RHA and RHC board falsified RHC meeting minutes to make it appear RHC received multiple bids for the contact. That second board member may be former South Wedge Planning Committee Director John Page, as there’s no one else on both boards. Page retired from SWPC earlier this month.

Rochester for All was unable to access any of the information we sought. Attorney H. Todd Bullard wrote a letter advising us that Rochester Housing Charities, as a private entity, was not subject to open records laws. The Committee on Open Government, which monitors Freedom of Information Law implementation across the state, disagreed in an advisory opinion issued on our behalf. The only recourse we have is to sue RHA and RHC, and we don’t have the funds to pursue that option.

RHA’s argument that RHC is private is reminiscent of how SUNY Polytechnic argued its nonprofit offshoot wasn’t subject to FOIL. A judge disagreed. The findings led to the criminal conviction of the head of the university.

It’s clear RHA violated open records laws, as the criminal complaint against Moses reveals that RHA did have in its possession the RHC contracts we sought. Under the law, if RHA had the documents in its possession, it had to turn them over.

We have posted our open records requests, the RHA attorney’s response and the Committee on Open Government opinion.

RHA went to great lengths to make sure this information did not become public. The question is what else are RHA and RHC hiding? We recently posted a story detailing the tangled web of conflicts among RHC and partner agencies. There will undoubtedly be more to come.

Rochester for All FOILs and RHA’s responses