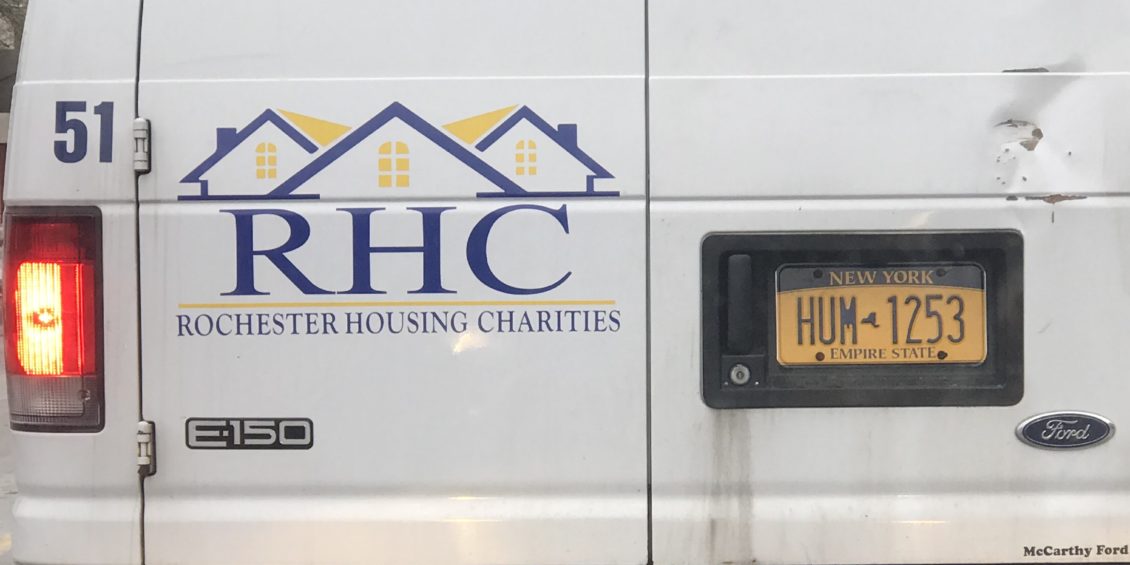 Update: An hour after we published this story, the U.S. Attorney revealed it had charged Moses with lying to the FBI. The case involves the very questions Rochester for All raised earlier this year. We still need to open the books on Rochester Housing Charities to know the full extent of how this entity was used. Our report below shows the organization may have been involved in self-dealing among board members of Rochester Housing Authority.

The South Wedge Planning Committee and Southeast Area Coalition hired Christopher Hennelly in 2013 to do their books. The two community development organizations operated under one roof with the same executive director.

Hennelly became alarmed at the relationship between the two community development organizations and Rochester Housing Charities (RHC) in early 2016. He saw memorandums of understanding between RHC and SWPC and SEAC. The two neighborhood groups would provide services and expertise to RHC on housing-related matters, as well as specific development projects. The MOU, dated March 2016, also called for seeking non-federal funds to benefit both agencies.

The reason Hennelly was alarmed is that the executive director of SWPC and SEAC, John Page, sat on the RHA and RHC boards.

“There’s issues of fiduciary responsibility and how can you serve two masters?” Hennelly said. “I said, ‘John, I think your heart is in the right place. But you can’t be the executive director of this agency and on the RHC board and have these deals going back and forth.’”

Rochester for All has non-executed copies of the MOUs. According to sources, similar contracts were executed.

Rochester Housing Authority created Rochester Housing Charities in 2014. It’s not uncommon for housing authorities to create nonprofits, which may have more flexibility in administering projects and programs.

RHC, however, has been operating in the dark. Over the past year, Rochester for All has been filing open records requests for information related to RHC payroll and contracts. Both RHA and RHC denied our requests on the grounds RHC is a private organization. The New York Committee on Open Government issued an advisory opinion supporting our contention RHC is subject to the Freedom of Information Law. Our only remedy is to take the matter to court.

At the time Hennelly sounded the alarm about the MOU, he was sounding another alarm. SWPC and SEAC were nearly broke. Hennelly wrote in an April 2016 email to board officers that there wasn’t enough money to cover payroll, saying “You barely have this weekend to wait to make decisions.”

Hennelly showed Rochester for All an email indicating board members’ concern with the MOU arrangement. According to the emails, Page directed the board members to RHC’s attorney, H. Todd Bullard, who is also the attorney for RHA. The board members indicate they want to retain independent counsel to review the MOU. The board members were also concerned they would be sharing an employee with RHC.

In the email, board members addressed Page’s conflict by asking him to draft a disclosure. The communication suggests Page had another conflict pertaining to an RHC project on Diamond Place. Page owns property across from an RHC development. “John…we still need (a disclosure) from you regarding Diamond Pl before any more funds can be released from Small Houses project.)”

RHC plans to spend $500,000 to develop houses on Diamond Place, a tiny street off Webster Ave. in Beechwood. A SWPC Facebook post on the ribbon-cutting of a new house on Diamond Place said, “This is an innovative new option for lower income buyers who want to stay in their neighborhoods. SWPC is looking forward to future collaborations with developer RHC and community partner North East Area Development.”

Northeast Area Development’s involvement is a potential conflict, as the director of NEAD, George Moses, is the chairman of RHA.

The facts raise the question of whether RHC, and by extension, RHA, were being used as a vehicle to support SWPC, SEAC and NEAD. It’s difficult to untangle and monitor the relationships between RHA, RHC, SWPC, SEAC and NEAD without having access to RHC’s records. RHA has insisted that RHC is a separate organization, but the incorporation papers, bylaws, board makeup and funding stream show otherwise.

SWPC and SEAC Break Up

SEAC and SWPC joined forces in 2012. They maintained separate boards, but shared Page as executive director. The collaboration sought to maximize resources and unite the Southeast quadrant.

When SEAC decided to break away last year, SWPC attempted to retain control. The Wedge, SWPC’s bi-monthly publication, printed the names of an all-new SEAC board in its December 2017-January 2018 issue. The new board members were also SWPC board members.

SEAC’s attorney sent a cease and desist letter to SWPC’s attorney. The December 2017 letter made the following claims:

The attorney representing SWPC was Bullard – the Harris Beach attorney who works for the Rochester Housing Authority – responded to the SEAC letter the following week. Bullard claimed SEAC tried to improperly sever the agreement. He wrote that nothing improper happened with the bank accounts. He suggested mediation.

The two sides never ended up in court over control. By the April-May 2018 issue of The Wedge, all references to SEAC were removed. Rochester for All has been unable to get anyone to comment on the record about the status of the breakup.

Page retired from SWPC on October 1, according to the South Wedge Quarterly.

Page did not return a text message seeking comment. Moses responded to a text that he would call, but did not. Bullard and Cynthia Herriott, who is the records officer for RHA, also didn’t respond to emailed questions.