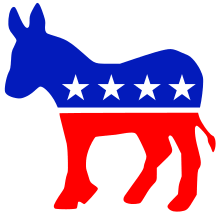 It was a huge night for Democrats in Monroe County and across New York State. Democratic voters have been energized. They came out, something they don’t usually do in an off-year. The long-predicted Trump effect has taken down GOP candidates everywhere.

In the Sheriff’s race, Todd Baxter won big because Republicans joined with Democrats, many of whom were likely unaware of his conservative beliefs. Baxter is personable and energetic and the kind of politician Patrick O’Flynn is not. O’Flynn was in a box, because he couldn’t attract Democratic voters and couldn’t hold his base together in the face of a hardcore, charismatic Trumpster who knocked on lots and lots of doors. Baxter got a huge lift from radio host Bob Lonsberry, who rallied the Trump Republican block.

I voted baxter specifically because of that "a vote for baxter is a vote for trump ad.
Trump supporters backed Baxter

O’Flynn, not a natural politician, was helpless in this situation. He couldn’t attract Democrats and couldn’t keep his base together. (GOP should have run Undersheiff Drew Forsythe the second Baxter announced his candidacy. Forsythe would have been a much better match for Baxter’s charm and good looks.)

Gary Pudup appears to have gotten more than 1,000 write-in votes. This is unusual and a statement by progressives deeply unhappy with the Democratic Party for putting up Baxter, whose beliefs about law enforcement, gun control and immigration make him a wolf in sheep’s clothing. This is the small beginning, not the end, of progressive activity in countywide politics.

Baxter will flip parties if the GOP hangs onto the County Executive seat in 2019. That will be the bellwether for whether a moderate Republican can survive in this anti-Trump environment.

Democrat John Hutchings’ performance in Webster was amazing. He won 48 percent of the vote against an entrenched GOP incumbent in GOP territory.

How much did Trump impact our local elections?  A lot. Democrats turned out. Independents joined Democrats. Trump is bringing the GOP down big time, especially in moderate Republican territory like Monroe County. Every race is different, with unique issues, but there was one constant: Democrats woke up.