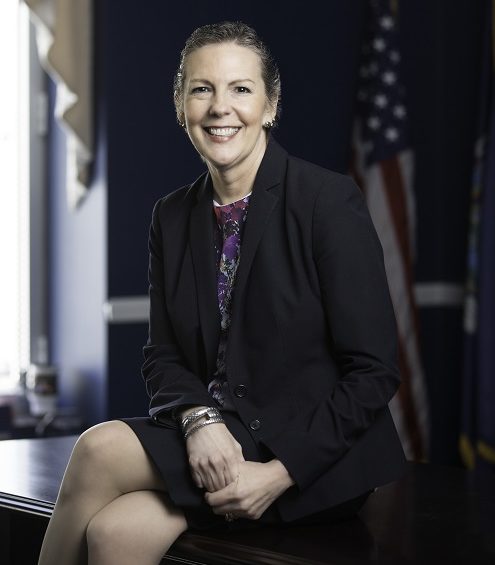 Manhattan’s District Attorney is under fire for political contributions he received from attorneys connected to people under investigation by his office. Cy Vance claims hefty donations from attorneys for Harvey Weinstein and the Trump family didn’t influence his decisions not to prosecute.

In New York State, district attorneys are not subject to the same campaign ethics rules as judicial candidates. Unlike judicial candidates, they can raise money on their own behalf. They’re allowed to see who gave them donations. They can accept contributions from anyone, even people who are likely to have business before their offices.

In light of the Vance controversy, we looked at the campaign contributions of the Monroe County District Attorney.

Sandra Doorley has raised $425,908 since her first campaign in 2011. Members of the legal community gave her at least $57,928, or 14 percent of the total. Her largest donor was the Monroe County Democratic Committee at $100,308 in 2011. (Doorley switched parties for her 2015 reelection campaign.) The rest of her funds came from familiar establishment donors, including developers and party stalwarts.

Let’s take a closer look at donations from lawyers. Criminal defense attorneys and firms made up only $8,700 in contributions. They include heavyweights Joe Damelio and John Speranza, as well as a smattering of DWI attorneys.

A big share of money from lawyers came from Doorley’s own staff, who gave a collective $25,000. At least 63 current and former assistant district attorneys (ADAs) donated to Doorley. The office has 80 attorneys. The contributions ramped up considerably after she won in 2011. Some donors include young assistants just starting their careers.

ADAs are allowed to donate to their bosses, but there’s been debate over the years about whether this practice should be allowed.

The New York State Bar Association disagrees that ADAs can actively campaign for their bosses, writing in a 1996 opinion, “In light of their duty to seek justice, individual prosecutors have a responsibility both to exercise their discretion in a disinterested, nonpartisan fashion and to avoid appearances that they are doing otherwise.”

The NYSBA found, however, that contributions from ADAs are okay, stating, “A prosecutor’s impartiality–both actual and apparent–is compromised less seriously when the prosecutor’s political expression is limited to personal campaign contributions than when he or she actively contributes time and effort to a political campaign.”

The New York State Commission on Public Integrity, created by Gov. Mario Cuomo under the Moreland Act in 1987, recommended that no public employee be solicited for donations to aid their bosses.  ADAs in Queens testified they felt pressured to donate in order to maintain their standing in the office. The Commission found that solicitations for off-hours campaign work or contributions can demoralize and politicize an office. Every effort should be made to ensure the public’s interest comes first at public agencies.

There’s no publicly available evidence that campaign contributions have adversely influenced the justice system in Monroe County. But situations could arise in the future. After all, the donation limit for the office of District Attorney in Monroe County is $23,373.

After the Cy Vance controversy, anti-corruption crusader and former U.S. Attorney Preet Bharara tweeted that no one should be allowed to donate to District Attorneys.

It should be public funding. There should be no private campaign donations for district attorneys. Period. https://t.co/dpQUSm2H7k

Indeed, public financing is the only way to avoid the appearance of quid pro quo’s and influence peddling in elections of all offices. It’s also the only way to minimize the very real advantage of incumbents.

There are special considerations with prosecutors. We rely on our legal system to be fair. We want justice to be blind. Money should be removed from the equation.