Say the name, Bill Johnson, and you think “fast ferry.”

Rochesterians will get a permanent reminder that Johnson’s legacy is forever intertwined with the doomed venture. The city is naming the port terminal building after the three-term mayor, who served from 1994 to 2005. It will be called the William A. Johnson, Jr. Terminal Building at the Port of Rochester.

The proclamation was given to Rochester for All by a source. We filed an open records request a few weeks ago for the costs associated with the renaming. We were told we could have the records after November 1. A public announcement is expected before then.

Johnson spearheaded major improvements to the port. Johnson was responsible for the terminal building, improved parking lots, and future marina.

Johnson was also responsible for a lot of other things at the port:

Rehabbing the port to get ready for the ferry was a good thing. Wasting tens of millions of tax dollars and dealing a severe blow to civic pride, however, is not something to honor. Unfortunately, what’s meant to be a nice gesture for a longtime mayor — who deserves to be remembered for his dedication to Rochester — will end up being a punchline. 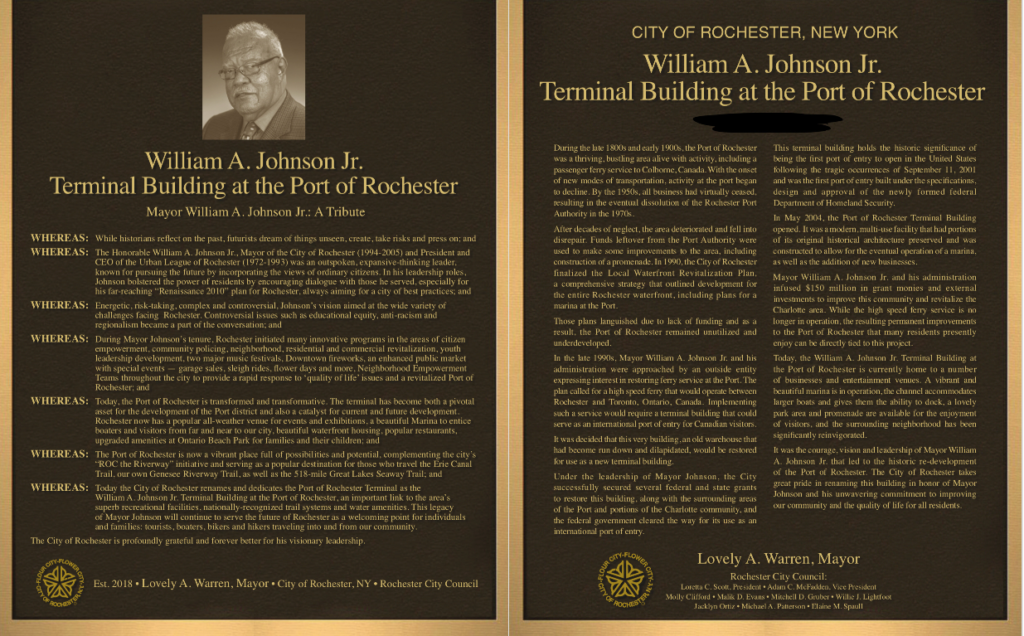