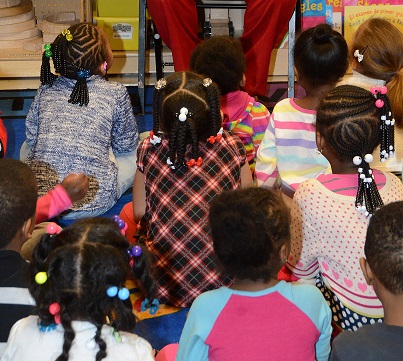 Great Schools For All, which hosted Hannah-Jones, wants to get buy-in from suburban school districts and residents to create a regional school.

Proponents of integration might also want to look within the city’s borders.

There’s a perception the city is predominantly made up of poor people of color. The city is actually racially and socio-economically diverse. Census data shows a true melting pot:

Rochester’s not as affluent as the suburbs, and many neighborhoods experience crushing poverty. Fully one-third of residents, and half of children, are poor. But there are many people with means. One-third of households earn above $50,000.

These demographics should lead to the kind of educational diversity that integration advocates champion. They do not for a familiar reason: white flight.

There’s no big drop-off in children as they age for any other racial group.

This is why the Rochester City School District is only 10 percent white. Most white people have opted out of the system. This also has implications for the school’s poverty rate, as black and Hispanic families have higher rates of poverty.

Of course, families are doing what they believe is best for their children. Hannah-Jones, however, doesn’t mince words about the end result:

What people also don’t want to acknowledge is that schools are segregated because white people want them that way. It’s not simply a matter of zip codes or housing segregation or class; it’s because most white Americans do not wish to enroll their children in schools with large numbers of black kids.

The best place to start integration efforts may be within the City of Rochester. We have the ingredients — a wonderfully diverse population.

Here you get into a chicken-and-egg conundrum. How can you convince parents to stay if the schools are poor-performing? But how do you improve performance without diversity and buy-in from the entire community? That is the challenge facing integration advocates. (A fight made tougher with a mayor who doesn’t believe in integration.)

Integration isn’t about bringing in white people to save the day. It’s about building a community in which everyone has a stake. It’s about figuring out how to get investment from everyone. It will take tough conversations and planning.

And we can start in our own backyard.