Jack Moore was elected Henrietta Town Supervisor in 2013, replacing incumbent Republican Michael Yudelson. This year, he is challenged by Democrat Steven Schultz, and Jeffrey Kueppers, a Democrat running on the Bright Future line.

Moore has faced a slew of complaints alleging racist, sexist, and homophobic comments. The Equal Employment Opportunity Commission found the complaints were credible.

Sadly, we don’t know if that will be enough to sway voters. Let’s look at party enrollment and voters patterns.

Only 38 percent of all voters cast a ballot in November 2015, the last supervisor election. That race was between Moore and Michael Yudelson, who ran as a Democrat.

Schultz can only win through one or more of these paths:

Henrietta's 5,900 millennial voters could easily swing the election to Schultz – if they come out and vote. Young voters are most likely to reject Moore. Only 12.3% of Millennials voted in 2015. If a few hundred more of them came out, Schultz could win. 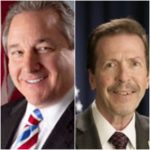 Since 2008, Reilich has been Chairman of the Monroe County Republican Party.  He’s been accused of using the town hall as an extension of the party. He was also embroiled in the COMIDA I-Square scandal.

Reilich was an early supporter of Donald Trump. Greece voted for Trump with 52% of the vote.

Are Greece voters tired of the GOP?

In Greece, as in many places, age is a great predictor of whether someone will vote. Only 8 percent of people younger than 42 are expected to vote. Meanwhile, more than half of people over 63 will likely come out.

An appeal to unmotivated Democrats and senior citizens may be Leary's only hope. 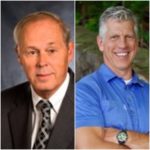 Ron Nesbitt was elected Webster Town Supervisor in 2005, and has been re-elected five times. In 2011, he was challenged by Tony Gross, owner of GFI Studios. Nesbitt ran unopposed in 2013 and 2015. John Hutchings, owner of Healthy Edge Magazine, is now running against him as a Democrat.

Development and taxes are two hot issues in this year’s race.

The last time there was a contested election, in 2011, Nesbitt received 64 percent of the vote. The results suggest a majority of unaffiliated or third-party voters supported Nesbitt, with Gross only slightly out-performing Democratic enrollment.

Do Webster voters want change? Hutchings has been pounding the pavement and active on social media.  His challenge will be getting younger voters and unmotivated Democrats to the polls. People under 42 years old had a voting rate in 2015 of less than 10 percent. 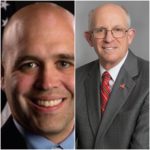 The race for 10th District County Legislator does not include the incumbent. Anthony Daniele, who also serves as President of the Monroe County Legislature, is term-limited. Republican Jason Rosenberg and Democrat Howard Maffucci are vying for the seat.

This suburban district offers a good opportunity for County Democrats to pick up a seat.

Maffucci’s biggest challenge is low turnout among Democrats. Overall participation was much lower in the uncontested 2015 election than in 2007. A race between two new candidates should attract renewed interest. This could be another close election, like in 2007, but Democrats are working very hard to flip the seat.