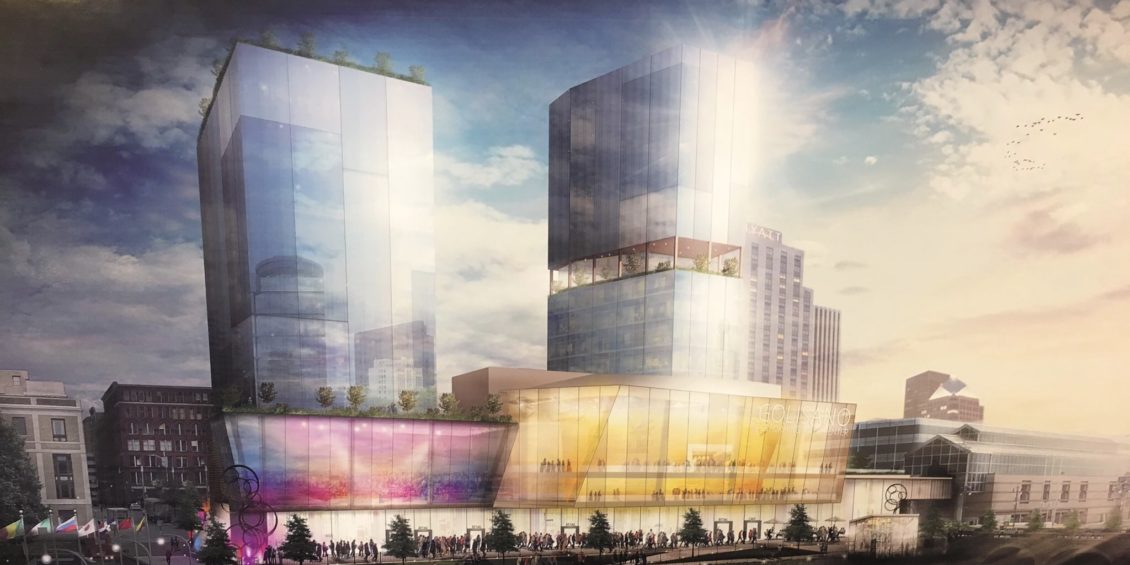 The city announced its long-planned theater project will move from Parcel 5 to the Riverside Hotel site. The hotel would be demolished.

Moving the theater project down the street doesn’t answer questions about funding. In fact, the project has become bigger and more complicated.

The mayor was unable to say how much the project will cost and how much public funding will be required. David Christa called it a “public-private partnership.” That should alarm a city that has facilities mired in annual deficits.

Here are questions the mayor and developer must answer:

The city hired a lobbyist with ties to Governor Andrew Cuomo and Joe Morelle to secure funding for Roc the Riverway. We must make certain this initiative isn’t a way to funnel money to developers and campaign donors in the name of “progress.”