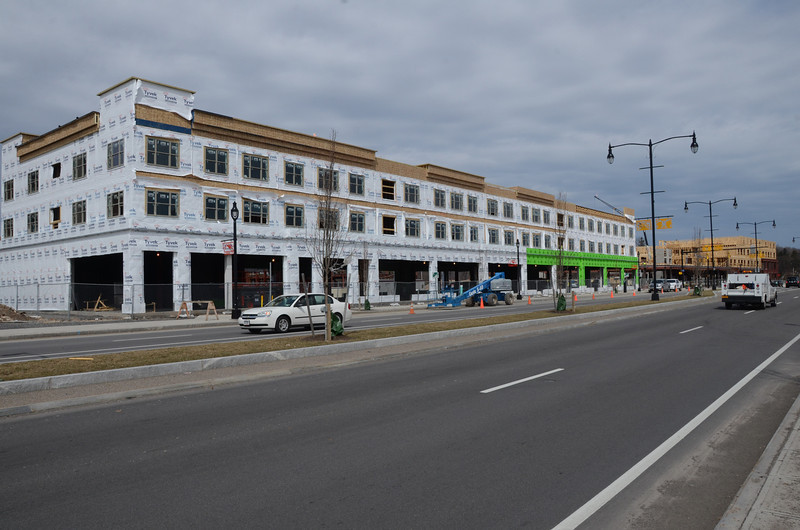 A new study from New York University’s Furman Center found that more people are renting, rents are increasing and more affluent people are becoming renters. Do these trends hold in Rochester? The study provided other insights into the Rochester rental market.

More people are indeed renting in the Rochester region. Between 2006 and 2015, the Rochester area added about 15,000 renting households, made up of about 35,000 additional renters. The share of all households that rent went from 30.5 percent to 32.8 percent during this time.

Rents are not going up. Bucking the national trend, the median rent in Rochester declined between 2006 and 2015, from $880 to $860 for a two-bedroom (2015 dollars, adjusted for inflation). However, recently available two-bedroom apartments are $70 more expensive. That’s known as a rent premium. The rent premium for a one-bedroom is only $10.

The trend of middle and higher-income households living in rentals could be attributable to tighter qualifications to get a mortgage and lifestyle choices. Whatever the reason, that’s 6,800 additional higher-income renting households in the Rochester area.

Most apartments are out of reach of the poor. Half of renters earned less than $27,600 in 2015. If they looked for an apartment, they would have found only 28.5 percent of recently available units affordable. Units with more than one-bedroom command a premium when they come on the market, making it difficult for low-income families that rent. This means people are more likely to stay put, if they can. That has consequences for decisions about jobs, schools and lifestyle.

African Americans are falling behind in home ownership. The study found a big jump in the share of African American households that rent – from 63.3 to 68.2 percent between 2006 and 2015. No other racial or ethnic group in Rochester has such a high share of renters. Fifty-five percent of Hispanic households rent, while 26 percent of white households rent. This is concerning because home ownership is a way to build wealth.

We’ve created a lot of new apartments, while others stand empty. The Rochester metro added about 10,000 rental units between 2006 and 2015, a 7 percent increase. This includes single family houses, which make up an increasing share of the rental market. But in 2015, there were almost 10,000 units vacant, a 6.5 percent vacancy rate.

How can that be, when we added 15,000 new renters since 2006? Rochester had a huge vacancy rate back then, with more than 15,000 rental units on the market. With that in mind, these new units are pure surplus.

Why are developers continuing to add units, even though the population has grown only 2 percent? There’s demand for shiny new apartments among middle and upper income renters. Developers know they can rent the new places for high prices. They know they can get government incentives to keep building.

What we’re likely doing, however, is shifting renters around in the middle and higher end of the marketplace. Meantime, the study shows renters in the lower end don’t have many options. We’re not really growing the market. We’re just creating a bigger wealth gap. The people who need apartments are being priced out.

We need to take a serious look at our housing policies. The City of Rochester is starting a housing market study that could inform these decisions. Rochester is known for affordable housing – for everyone except those who need it the most.