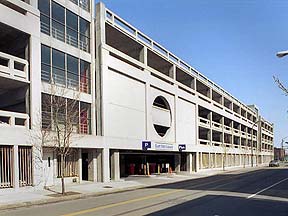 According to the Democrat and Chronicle, the City of Rochester is considering selling the East End Garage to Thomas Masachi and partners. Legislation has been submitted to City Council for approval.

The city should not sell this important asset to Masachi, because the FBI has scrutinized his company, DHD Ventures, as part of the mortgage fraud scheme involving Morgan Management, as reported by the Wall Street Journal. In addition, Masachi has at least two large properties in foreclosure in Buffalo and Tennessee. Finally, multiple contractors have filed actions against DHD Ventures in Rochester and elsewhere.

“The city shouldn’t be selling property to guys who stiff contractors and have been targeted by the FBI,” said Rochester for All Director Rachel Barnhart. “This is an important asset and we cannot afford to have it fall into the wrong hands.”

Rochester for All has previously called on the city to reveal its exposure on loans and grants to Morgan Management and DHD Ventures. As we have uncovered, some of these disbursements were done in secret. Morgan and DHD Ventures are among Mayor Lovely Warren’s top donors.

“It’s shocking Warren still thinks it’s okay to do business with Masachi, but this is a pattern of rewarding donors and not looking out for the best interests of the city,” Barnhart said.

Rochester for All filed an open records request today for the proposals submitted to the city to buy the garage.