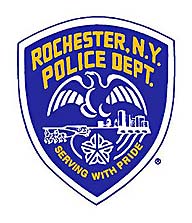 There are major problems with the city’s proposal for a police accountability board.

First let’s keep in mind the five pillars of police accountability sought by the Alliance for a Police Accountability Board. The Alliance proposal calls for a PAB with the authority to:

The most egregious problem is the city’s proposal is not significantly different from the current Civilian Review Board. The CRB relies on the police department for all information about a case. They review the information provided by PSS and make a recommendation about their finding. There is no independence in the current system and there would be none in the system proposed by the city.

Like the CRB, the PAB would not be allowed to conduct independent investigations. The PAB would be able to investigate after the Rochester Police Department’s internal affairs bureau – the Professional Standards Section (PSS) investigates — and only to examine things the department missed. For example, once an officer or a civilian has been interviewed by PSS, the PAB cannot re-interview that person. Under this model, the PAB will be limited to the information provided by PSS.

The City’s proposal gives the PAB no money for investigators and allows former Rochester Police Department personnel to serve on the board. If the PAB is truly to be independent of the police department, it has to be able to conduct its own investigations. That means being able to hire its own investigators.

Finally, the City’s proposal leaves the responsibility of discipline solely with the Chief of Police. That is the current system, and something the Alliance wants to change.  Right now, the Civilian Review Board (CRB) makes a recommendation to the Chief following their review of information provided to them by PSS. A review of allegations of excessive force from 2001-2016 showed there were 923 such cases. The CRB sustained findings of wrongdoing in 43 cases. The Chief sustained only 16 cases. Of the 16 sustained findings, there was discipline in only 13 cases. Over 15 years, only 2 percent of all allegations of excessive force were sustained. The Alliance points to these statistics as evidence that an independent board is needed to review and investigate these complaints.

Phyllis Harmon spoke at a press conference Monday held by the Alliance about the pain and injuries she says she suffered at the hands of two RPD officers five years ago when she was arrested. She still has a hard time talking telling the story. She is a slight, 5-foot-tall, 59-year-old woman. She said the officers who arrested her were large men.

Ms. Harmon wanted to file a complaint with PSS but was told she couldn’t because there were criminal charges against her pending. Once all the charges were dismissed, she returned to PSS only to be told that they would not take the complaint because it was more than eighteen months old. Once an incident is 18 months old, PSS cannot conduct and investigation. Harmon ended up filing a federal lawsuit.

Since the time of this incident one of the officers was promoted to sergeant and the other, who was a sergeant at the time is now a lieutenant. Harmon wonders if they would have been promoted if her story had been investigated.

The Alliance’s Matt DeLaus and Ted Forsyth talked about the need for transparency in the discipline process. The community and the complainant are not informed about the outcome of a case.  The current system has been in place for decades and has been the source of community frustration for just as long. They reason a person shouldn’t have to make a complaint to the same body that caused them injury.

Members of the Alliance for a PAB plan on speaking out at the City Council meeting on September 18 and asked anyone interested in this issue to attend.

Annmarie Van Son served in the Rochester Police Department for 22 years, and was a deputy police chief. She is retired.