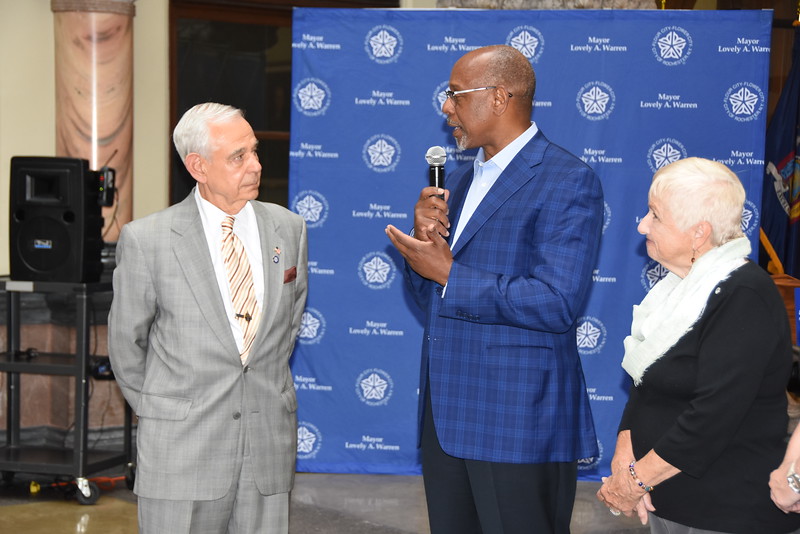 Deputy Mayor Cedric Alexander’s application to double dip said there’s an urgent need for his services because of the terminal illness of the former deputy mayor, who stepped down more than two years ago.

A 211 waiver is necessary for retirees under the age of 65 to earn more than $30,000 while collecting their pensions. The city and state civil service commissions approved Alexander’s application for a waiver. Alexander earns $146,415.

Alexander had 5.05 years in the state pension system before he retired in 2009. The waiver application notes his pension will be  $7,500. The waiver is only needed for one year because Alexander will turn 65.

In order to grant the waiver, by law the city had to show it has “undertaken extensive recruitment efforts and has determined that there are no available, qualified non-retirees.” The city is required to show either recruitment was unsuccessful and there’s an urgent need for the retiree’s services because of an “unplanned, unpredictable, and unexpected vacancy.”

Rochester for All obtained the waiver application through an open records request. The city said in the application for the waiver, “The immense authority vested in this position does not permit itself to be a position for which recruitment is practical.”

Warren said in news reports that she contacted Alexander in December 2016 about the position. Alexander started the job in April 2017. The application to give permission to Alexander to double dip didn’t come until mid-2018. The timeline calls into question the urgency of the appointment and the need for the waiver.

In the application, the city had to justify why Alexander’s appointment is in the best interest of government. The city wrote, “Mayor Lovely A. Warren’s administrative agenda is focused on fostering safer and more vibrant neighborhoods for which the retirees (sic) previous positions of overseeing large public safety operations uniquely positions him for.”

According to the city’s website, the deputy mayor’s office doesn’t oversee the police department. However, the annual budget document’s organizational chart changed when Alexander came on board. All direct reports to Mayor Lovely Warren were placed under Alexander, including the police chief.

The use of 211 waivers is controversial, particularly in law enforcement. Unions object to bringing back retirees, denying their members a chance for promotions. The waivers are notoriously difficult to get. The Rochester Police Locust Club, the union for city police, tweeted:

There are retired city policemen who dedicated an entire career living on less than 10k , Deputy Mayor worked 5 years and is receiving 10k on top of his 146K salary ! #doesntseemright